I know, I haven't blogged in a while, life has been busy, we've added a son in law, the kids have all moved, and all the other things that allow life to get in the way have happened.

Posted by bwaites at 9:46 AM No comments:

Our Constitution is a practical application of a universal truth, confirmed by centuries of human experience. I would paraphrase it, but the book of Romans in The Bible says it so succinctly: “All have sinned and fallen short of the glory of God.” Or, as Isaiah, a prophet from long ago, put it, all of us have turned away from God and none is righteous. Those fundamental understandings do not elevate any of mankind; they recognize a tragic flaw infecting us all. For practical men and women, that flaw then leads to the question: How do we then govern? How do we live?
MJ Mollenhour

Read the entire thing, its critical to understanding where we are, how we got to this point, and where we are headed if we continue down this path as a Nation.

As I opened my computer and saw all the mainstream media tributes today, I realized that I don't feel patriotic today... that's how I feel on July 4th.

I'm angry that 10 years ago men who had never met those that they would kill, never saw the faces of the fathers, mothers, sisters, and brothers, the friends and children, the hard working heart of our country, would do so in such a cowardly manner.

I'm angry that our government, supposedly a government of the people and for the people, would choose to use the crisis to increase restrictions on us, the American Citizen. Choosing to invade our lives in ever increasing ways, restricting our freedom of movement, continually searching us, inquiring about our activities, even assaulting us with searches of our person that would be considered sexual assault if it were performed outside of an airport by someone not in a TSA uniform. All of this to supposedly find terrorists, but after 10 years, not one has been found in this manner! Security Theater...As Benjamin Franklin said, "Anyone who trades liberty for security deserves neither liberty nor security." We are it!

I'm angry that our soldiers, airmen, marines and sailors are continually placed in danger by rules of engagement that are both senseless and craven. I'm angry that the best military minds are stifled by politicians who have never stepped on a battlefield, and who surround themselves with armed security, while demanding that the rest of us give up our own weapons. I'm angry that the same military minds who conceived the brilliant battle plans responsible for the overwhelming victories of Desert Storm and Desert Shield, Operation Iraqi Freedom, and Operation Enduring Freedom in Afghanistan are hobbled by small minded men who sit in comfortable chairs in the Senate, House, and White House.

I'm fortunate, I lost no friends or family that day. A great friend was sick, and because of that was not where he might have been, and was thus spared.

But I am angry that so many other friends of mine did lose loved ones, and still bear those scars.

I am proud that Americans did not lash out at Muslims here. That we did not take out our anger on fellow citizens, simply because they were members of the same religion or race as the 19 cowardly fanatics who destroyed so much.

I am proud that our military men and women have, by and large, acted appropriately when faced with very difficult decisions. That they have represented all that is best about America, while our politicians often represent all that is worst.

I am proud too, that we have sustained the war against those who would destroy our way of life, who would, given the opportunity, drive liberty and freedom from the face of the Earth.

I am hopeful. Hopeful that we can right the wrongs, find our way out from the cloud that hangs over us. That we can finish this job, and make American secure once more in her strength.

I salute those who protect us. Not the phony security theater of the TSA, but the men and women of the Armed Forces, who stand on the wall in the dark and say, "Nothing will hurt you tonight, not on MY watch!"

I TOO WILL ALWAYS REMEMBER!
Posted by bwaites at 9:53 AM No comments:

Saw this mentioned somewhere, perhaps by John Stossel, but YouTube has a great video about it, click on the video to watch in high def:

Posted by bwaites at 9:47 PM No comments:

Every once in a while, the Republicans get it right!

After the last election, I began to think the Republican Party might be better referred to as "the stupid party", since they couldn't figure out a way to find an electable candidate to run against a junior congressman with no experience.

Maybe they are STARTING to figure it out.

Posted by bwaites at 7:12 PM No comments:

It has recently come to my attention, and been confirmed by corporate Red Robin Restaurants in an email, that:

Thank you for your e-mail. We appreciate your comments and feedback.

Red Robin company policy prohibits our Team Members, Guests and Vendors from possessing weapons on Red Robin premises regardless of whether or not the person is licensed to carry the weapon.

The only exception to this policy is those individuals employed in local, state and federal law enforcement that are required to carry a weapon as part of their duty to protect and serve the public.

Thanks again for your comments.
Red Robin Guest Relations

Note that this eliminates even RETIRED police officers from carrying in their restaurants.

It has also been noted that Fuddruckers and Buffalo Wild Wings also have similar policies, though I have not personally confirmed that as I have with Red Robin. I have spent fairly significant sums of money at Red Robin over the years, and have eaten multiple times at both the others, but that is all in the past unless they choose to revisit their ways.

They are certainly within their rights to do so, it is private property, after all.

But when any business chooses to eliminate one of the rights given to us by the Constitution, and only very recently reinforced by the Supreme Court, I have the right, even the obligation, to take my business elsewhere.

Ignoring these little revocations of freedom by those who do not revere the very document that allows them the opportunity to pursue economic activity is admitting that those rights are not important to us all.

If they were to deny entrance to blacks, or Jews, there would be widespread public criticism, but when they do so to a group that is not quite so easily identified, there is minimal complaint.

As for me, well, there are still plenty of other places to eat!
Posted by bwaites at 1:12 PM No comments:
Older Posts Home
Subscribe to: Posts (Atom) 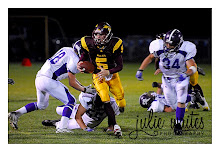 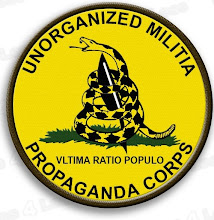